During this Mass Outreach season, our Base Building Team, made up of leaders in Allegany, Baltimore, and Carroll counties, has been busy outreaching to other poor people to learn more about the struggles people are facing within and across their counties. Using the projects of survival survey as framework for our conversations has been instrumental to our campaign reconnaissance process. As we seek to address people’s fundamental needs through ongoing projects of survival, we are learning more about the systems and structures that exploit and oppress us, as well as exploring ways we can push back. Coming together for regular statewide Base Building Team meetings has offered us a chance to debrief and learn from each other in order to further develop our understanding of the conditions and organizing challenges we’re seeing.

As we connect with potential members, we have been inviting them to our Justice Jams, a community event born out of a small bible study using the Kairos Center’s We Cry Justice book. We are now replicating the success of this series across the state in order to explore the history and moral underpinnings of the poor fighting for justice through biblical and other religious texts. We look forward to sharing more from these series of events.

As our Mass Outreach season comes to a close for this year we are now gearing up for our First Annual Statewide Membership Assembly. During this retreat, members from across the state as well as movement partners will be coming together to celebrate and reflect on our 20 year history as a mass organization led by the poor and recommit ourselves to the ongoing struggle to end poverty

In this e-alert we will also share some updates from our Open House and another segment from “Learning as we Lead: 20 Years of United Workers”.

Updates From the Field:

United Workers hosted an Open House on Thursday, September 29th at our new headquarters, to reconnect and share with our wider network in Baltimore and Maryland what we’ve learned over our 20 year history, what we’ve been up to recently, and where we’re headed. It was great to see old and new faces, including many of our siblings in the MD Poor People’s Campaign, as well as potential members we’ve met through this year’s mass outreach season.

Click the images below to watch the corresponding segment of the program. 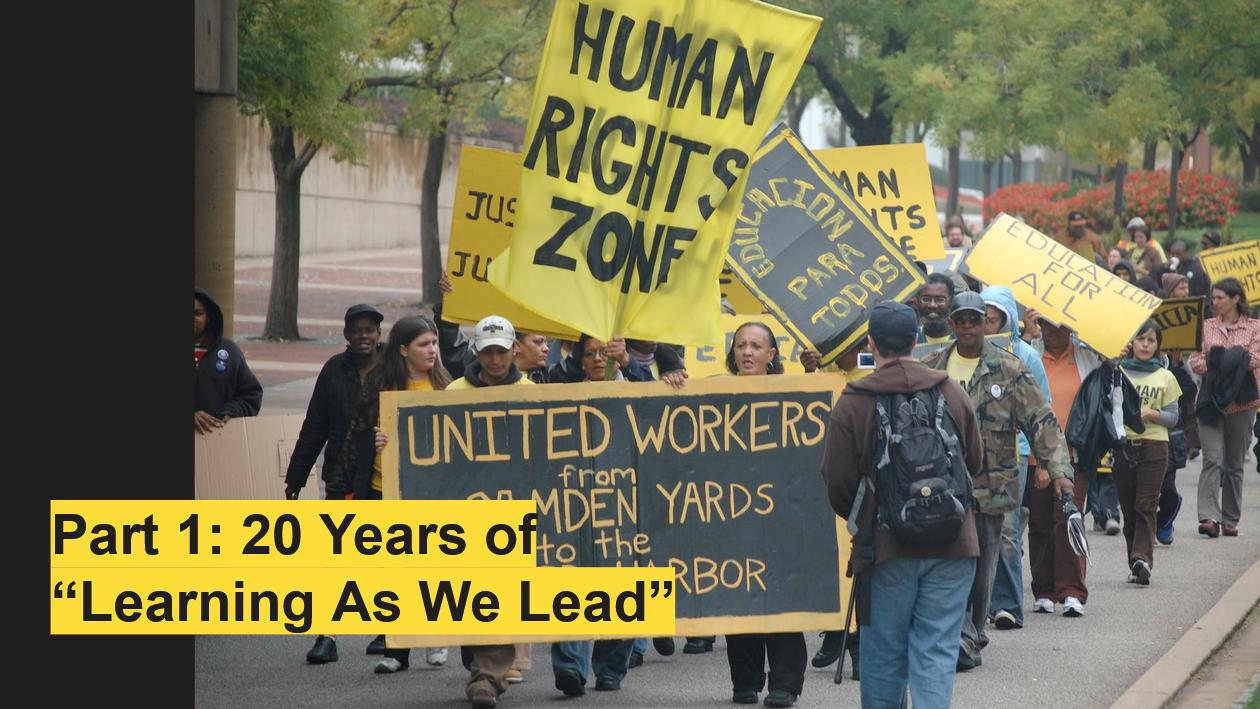 Organizer Michael Coleman led a program about the 20 year history of United Workers, sharing our successes, defeats, and the lessons learned from both.  We called on our longtime leaders to participate, sharing their insights and demonstrating the dedicated leadership developed through our campaigns. 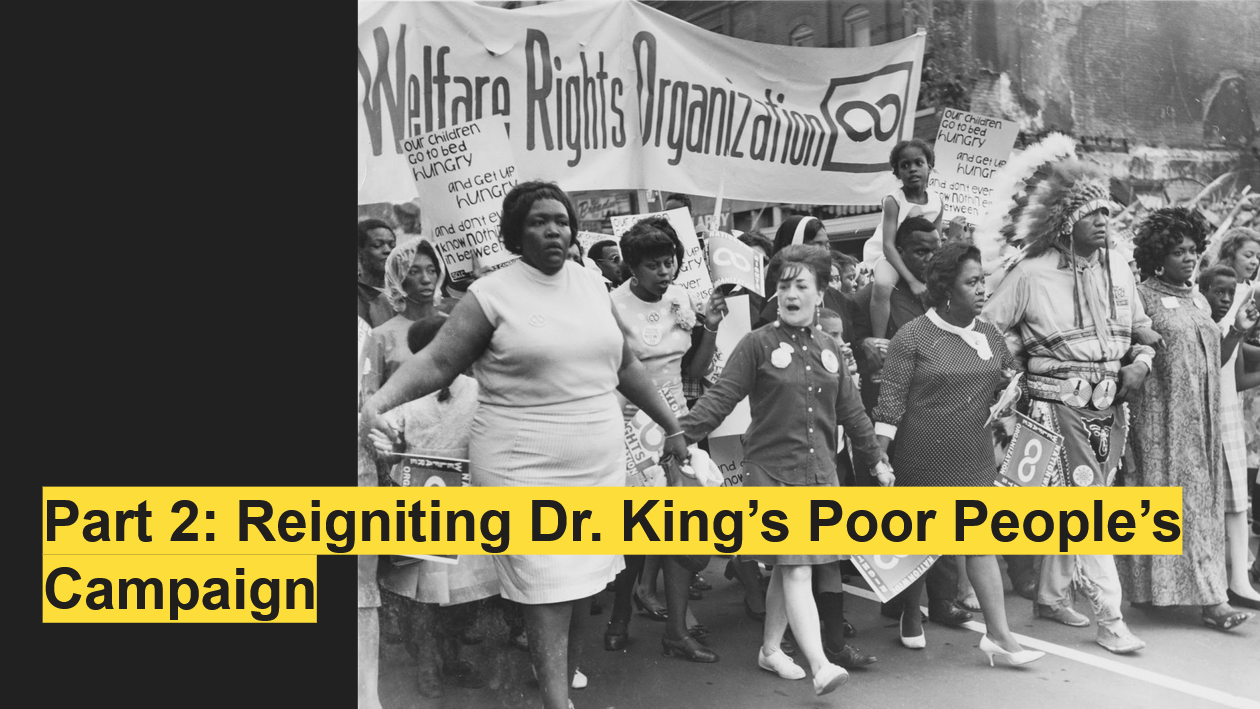 Next, United Workers Executive Director Ashley Hufnagel spoke about the foundational connections between United Workers and the Poor People’s Campaign: A National Call for Moral Revival, from the meetings that preceded the launch of the campaign to our ongoing work to develop the campaign across Maryland and the nation. 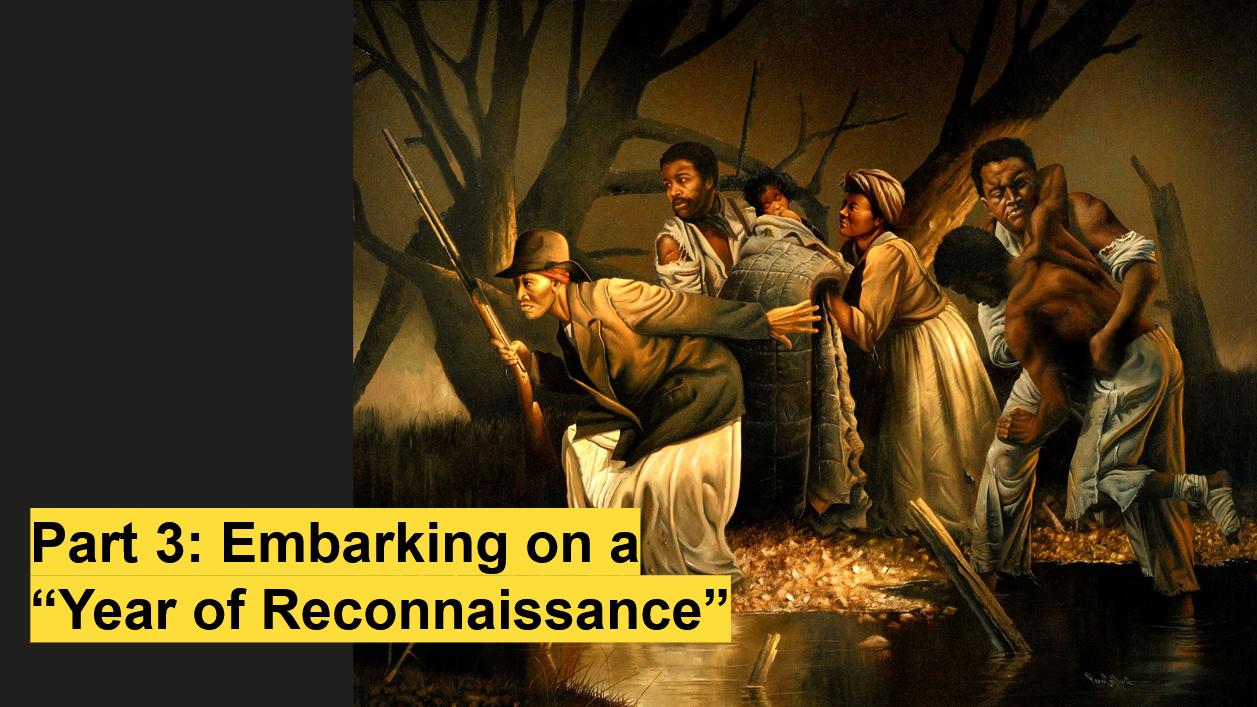 Finally, organizer Terrell Askew focused our attention on the upcoming Year of Reconnaissance.  He shared the importance of reconnaissance before action and how we plan to collectively carry out this reconnaissance in stages over the next year with the goal of growing statewide and deciding on our next campaign.

This event represented an important milestone for many in attendance.  For those we’ve met for the first time at our outreach events this Fall, the event was an introduction to the history and mission of United Workers, a first step into the movement to end poverty.  We, in turn, got to learn from them as we embark on our Year of Reconnaissance.  The Open House offered a first opportunity for us to share our exciting plans with our Maryland network and get initial feedback. We are excited to continue learning and listening with our base and our network over the next year.

The following is an excerpt from this edition of our series on United Workers history.  You can read the full version here. 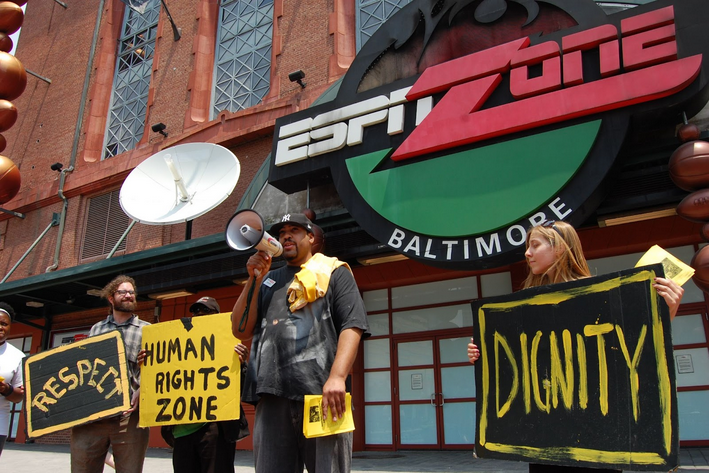 A Pedagogy of Reflective Action – How do we get Clear about Capacity?

The legendary Chinese General, military strategist, writer and philosopher Sun Tzu famously wrote of the necessity for both knowledge of your opponent and knowledge of yourself: “If you know the enemy and know yourself, you need not fear the result of a hundred battles. If you know yourself but not the enemy, for every victory gained you will also suffer a defeat. If you know neither the enemy nor yourself, you will succumb in every battle.” We were learning through the organizing that the Inner Harbor opponents were managing systemic abuses from wage theft, failing to pay minimum wage, health and safety issues, no control over schedules, and more. We were learning through our research that the Inner Harbor represented entrenched power heavily invested by our public resources. And through our campaign we experienced this power organized to marginalize and keep hidden these issues we were raising.

By years 3 and 4 of the campaign (2011 and 2012) we were concluding that we didn’t have the capacity to create the necessary leverage to achieve the change we had sought. The workplace organizing produced the same numbers of active members, the same members we classified as emerging leaders. We were not able to build a greater force that could expand exponentially each year. We had an amazing committed core but we could not grow beyond it. This was the result of too many workplaces, unpredictable schedules that hindered our ability to build relationships through home visits or group meetings and employer intimidation that further eroded the possibility of building relationships or waging a public fight.

Ironically one of our successes at the Inner Harbor – forming the core group of leaders itself revealed that we didn’t have the capacity to fully exploit the contradictions the Inner Harbor represented. The core group emerged from a workplace struggle when ESPNZone shutdown without giving workers notice in June 2010. It was the first ESPNZone in the country, opened 12 years earlier by Disney, its parent company. The restaurant and sports bar anchored the Power Plant, developed by the Cordish Company.

As we entered the second full year of the Human Rights Zone Campaign, we got the news that ESPNZone was shutting down in less than a week. We quickly responded by sending our summer organizers team down to the restaurant to hear if this was true. We hurriedly shared our contact info with every worker in an ESPNZone uniform and gathered phone numbers. We said we will hold a meeting to better understand the situation and think together about potential redress. Thinking to ourselves… “Is this legal? Can an employer just shut down without notice like this?”

Twenty-five or so workers crammed into a Legal Aid meeting room. Workers who attended were risking whatever remaining wages they were owed. ESPNZone had threatened they would lose out if they spoke to anyone about the closing including talking to the media. We listened as workers including Emanuel McCray, Leonard Gray, Winston Gupton, Janice Watkins and Keith Brown told their experiences of finding out the news. From that first meeting this group would form the backbone of the fight against ESPNZone and to lift up the tenets of the Human Rights Zone Campaign, that we called Fair Development.

Winston Gupton who worked at ESPNZone for 7 and ½ years, would later describe hearing the news and what it did to him: “I went into work on it must have been the 8th of June. I get there early in the morning. There is a chef on the back dock and the first thing he says is ‘Can I speak to you for a moment?’ And he says ‘They are going to be closing down in a week’. I just couldn’t believe that this was going to happen. It is almost like someone comes up and robs you at gun point and takes everything from you. We were dedicated. I was anyway. Dedicated to my job, to my position with Disney. Unfortunately, they weren’t that dedicated to their employees. I have always worked but today… it’s been since June and this is February almost March. I haven’t worked since. You want to get back to work. You know you are good for something. You know you are better than what you are, the position that you are in but you really can’t do anything about it. I have to sit on my hands everyday in order to keep myself from going crazy I just sit there and I weep until I start to feel better. And I got myself together and I go on out and meet the school bus get my daughter off the school bus that reminds me that my day is a little better.”

Continue reading on our Blog...