The United Workers was founded in 2002 by homeless day laborers meeting in an abandoned firehouse-turned-shelter. We were inspired by past human rights struggles,. For the first years of our founding, we focused on understanding the root causes of poverty. The Living Wages at Camden Yards Campaign was developed out of this process. Over time, the United Workers have learned countless lessons and secured significant victories in our fight for human rights! 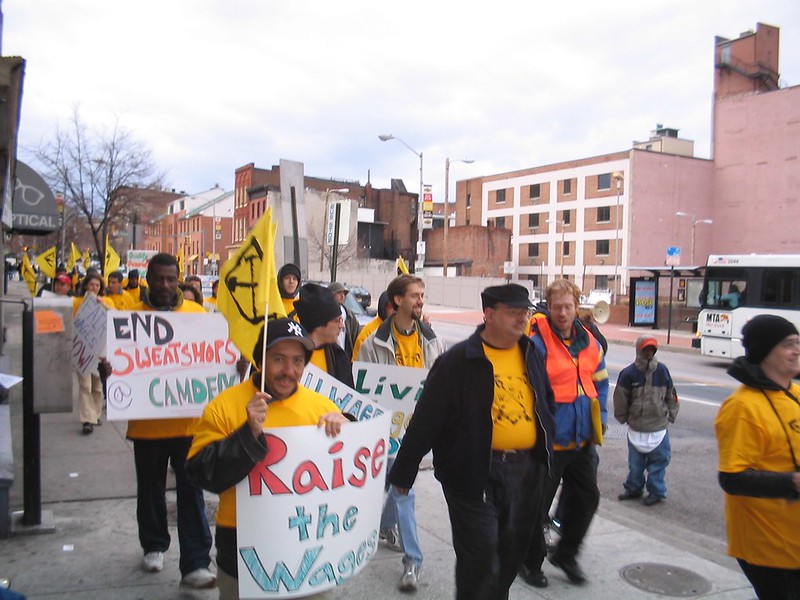 After a three-year struggle, workers announced that a hunger strike of 14 workers and allies would commence by September 1, 2007, if their concerns were not addressed. On the day of the deadline, Governor O’Malley called on the publicly owned stadium to pay cleaners a living wage. The Living Wage Campaign resulted in raised wages for cleaners at Camden Yards stadium from a flat rate that averaged less than $4.50/hr in 2003 to the state’s living wage rate of $11.30/hr. As a result, each year more than $300,000 has shifted to meeting the needs of low-wage workers and families, instead of profiting exploitive temp agencies paying poverty wages. 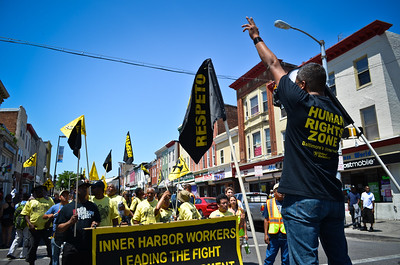 Broader outreach to workers in Baltimore's Inner Harbor uncovered rampant wage theft, harassment, and other human rights abuses. On October 25, 2008, UW declared the Inner Harbor a “Human Rights Zone.” One restaurant, ESPN Zone, closed without notice to workers. A class-action lawsuit and powerful organizing secured a victory for those workers! 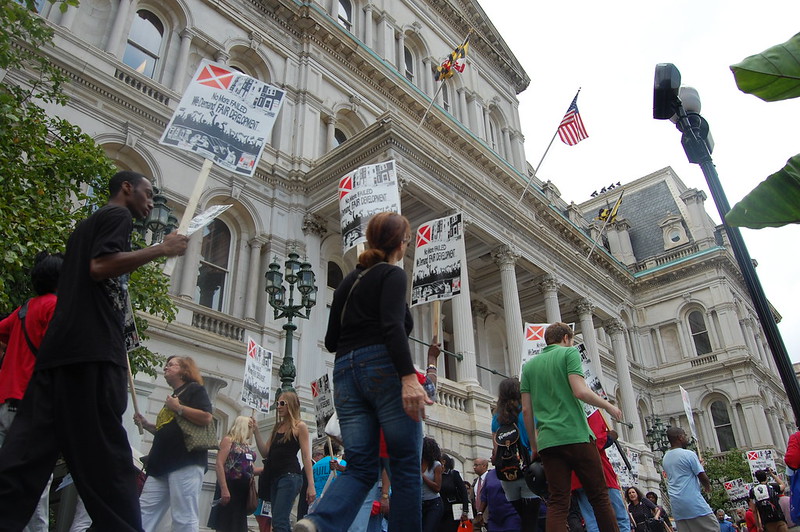 UW leaders pushed back against the City's practice of giving away public resources to profit-making developments whose benefits never trickled down to the workers or to our communities. They were issuing and TIFs and PILOTs and enacting austerity measures in Baltimore neighborhoods. Successful organizing resulted in keeping open two important West Baltimore community resources: the Truck 10 Firehouse and the James McHenry Recreation Center. 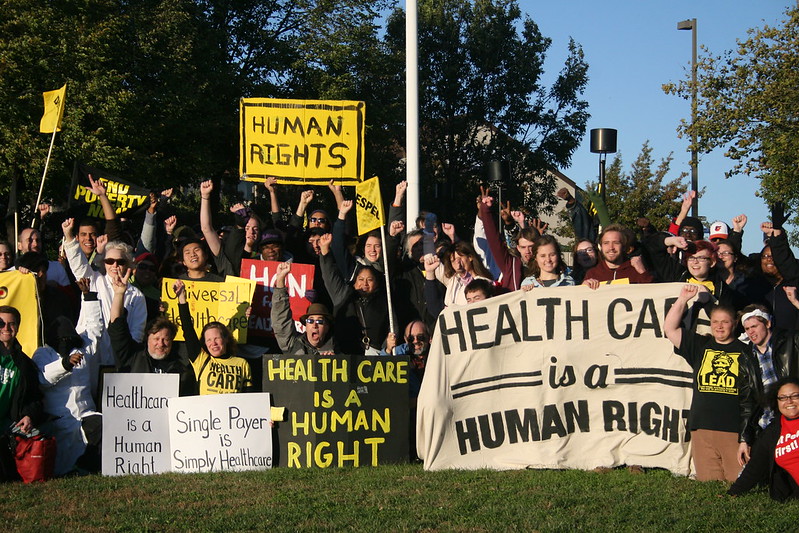 Marylanders from across the state marched for the human right to healthcare. It was the first state-wide action of the Healthcare Is a Human Right - Maryland campaign. And it was a powerful testament to the grassroots movement that is growing across the state to demand universal healthcare. 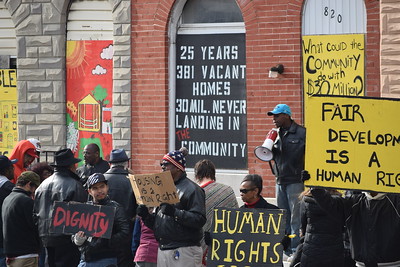 Launch of 20/20 Vision for Fair Development

"The history of development in Baltimore has been separate and unequal, shaped by policies fueling racial segregation and deindustrialization that disproportionately affected Black households.” "Community+Land+Trust " Report outlined our plan to address the persistent housing instability faced by the majority of Baltimore residents. The 20/20 Vision set forth demands that would uphold the human right to housing and advance community control of land. It prioritizes permanently affordable housing utilizing community land trusts as a tool for development without displacement. 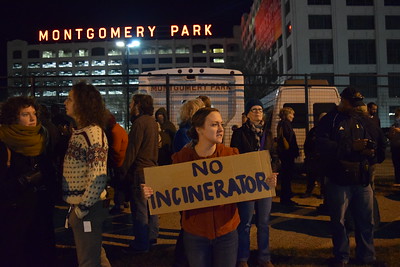 For generations, polluting industry has threatened the life, health, and safety of Baltimore communities. After years of incredible organizing, leaders stopped the construction of the Energy Answers incinerator. This was a critical advancement in the struggle for environmental justice and the right to breathe clean air. 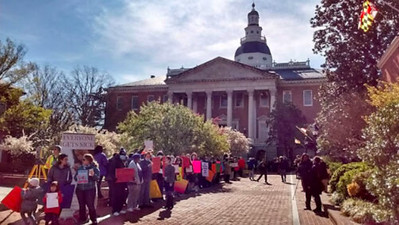 After an eight year-long struggle, UW leaders helped pass Paid Sick Leave law in Maryland. This statewide organizing effort was a tremendous victory to ensure Work With Dignity in our state. The law extended paid sick leave to an additional 700,000 workers. Workers would no longer face difficult and unfair choices, weighing their health and safety against keeping their jobs. 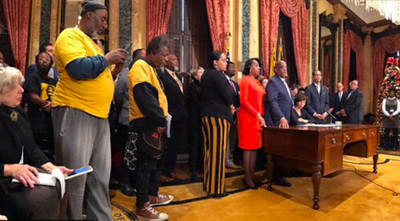 UW leaders along with other coalition partners launched a successful Ballot Initiative creating the CIty's Affordable Housing Trust Fund. We then launched the Fund the Trust Campaign to ensure resources went into that Fund. After 3 years of intense organizing and gathering over 50,000 signatures during 3 petition drives, Mayor Pugh signed the Fund the Trust Act. Now, Baltimore has a fund dedicated to creating and preserving affordable housing for people at 50% of the Area Median Income and below. This success was a result of the true commitment and leadership of Baltimore's residents. Their unshakeable belief in the Human Right to Housing made this victory possible! 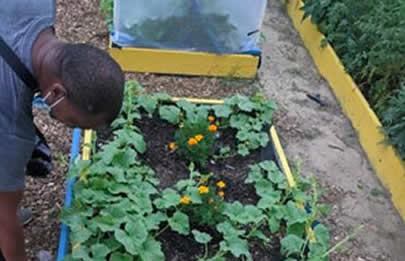 Communities all across Baltimore were building community land trusts. They created a strong citywide network that could share knowledge and advocate together! By creating democratic institutions in neighborhoods, Baltimore's CLTs are taking control of land, acting on community vision, and developing non-speculative housing and vibrant neighborhood spaces. 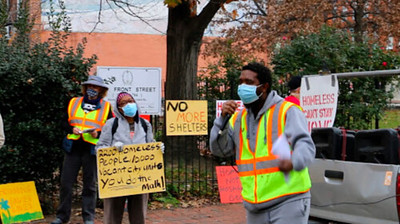 As the COVID-19 pandemic destabilized our communities, UW leaders joined with other Baltimore leaders in the fight to Empty The Shelters and Cancel The Rent. We started new survival projects: a hotline and weekly food distribution. This effort was designed to connect members and neighborhood residents to rent/utilities/unemployment assistance, legal support, eviction prevention, food, cleaning supplies, and PPE.