As a mass organization led by the poor, United Workers has been busy gearing up for the June 18th Poor People’s & Low-Wage Workers’ Assembly and Moral March on Washington and to the Polls. June 18th is not just a march, it's a declaration of an ongoing moral movement coalesced by the Poor People’s Campaign: A National Call for Moral Revival. The goals of this campaign are to unite and build the power of the 140 million poor and low-wealth people in this country, shift the political narrative, and make real policies to fully address poverty and low wealth from the bottom up.

Since the early days, United Workers has been a part of this national and statewide effort to reawaken Dr. King’s Poor People’s Campaign. This revival of the Poor People’s campaign is not merely a reenactment, but a continuation of Dr. King’s strategic vision. We share the goals of this campaign. As Dr. King teaches us in the above quote, the poor must be the leaders of this movement to end poverty.  Only by taking action together can we, the poor and dispossessed, become the “new and unsettling force” that will transform our country.

In this month’s e-alert, we’ll share some of the creative ways we’re demonstrating our leadership and mobilizing across our state towards June 18th.  We’ll share a video from a recent Art Build in Westminster hosted by the Maryland Poor People’s Campaign, a member’s reflection on being a mobilization captain for June 18th, spoken poetry by Damontae Taylor, a United Workers Youth Leader, and another installment of our United Workers' history series.

On May Day, a group of United Workers leaders traveled to Westminster to participate in the Maryland Poor People's Campaign Art Build to gear up for June 18th. Check out this short video from the event! 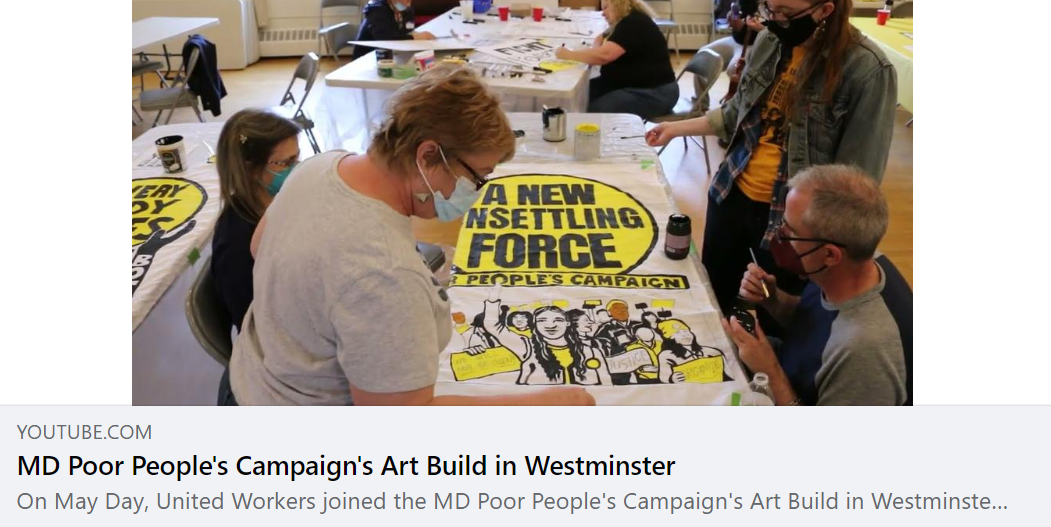 With June 18th less than a month away, our mobilizing captains have been working hard in organizing people to join in the Moral March on Washington. Here are reflections from two of United Workers leaders on why they decided to become  mobilization captains and why June 18th is so important.

“We decided to be mobilizing captains for June 18th because it is important to build unity and leadership of low income and poor people. We all need to come together so that we can demand better housing, an end to homelessness, better education, less crime, and equal rights for all. We must do our part in order to educate people and bring them out to the March on Washington.” -Jerry and Jackie Mayo, United Workers Leaders

On April 16th, we held our annual Leadership Day for the first time in person since the pandemic. This year we focused on how we as an organization and as individual leaders can carry on the legacy of Dr. King’s 1968 Poor People’s Campaign in our current times. During our opening exercise participants were asked to read Dr. Kings quotes and create skits that reflect the message of his words. Click below to watch one of the groups perform their skit.

To watch the other skits please check out our YouTube channel here.

When United Workers began, we had to confront the challenges of how to unite into a powerful and as Dr. King  described, “new and unsettling force”. How do you bring workers together when they are day laborers who are contending with being hired and fired everyday, working jobs that may not last more than a day or a week. And when there is no legal framework that upholds the right to organize. And when conditions are so bad that many of these workers are depending on homeless shelters and meal programs to survive.

These are big challenges that in so many ways have only gotten worse since our founding in 2002. We see more and more of the workforce becoming temporary workers and part-time workers so corporations can exploit our labor and reap tremendous profits at our expense. As day laborers you have no job security and you don’t know how many hours you are going to work from week to week.. that must sound familiar to a majority of workers employed at the largest employers in American including Walmart, McDonald’s, Amazon; or with rising new comers dispatching work via cell phone such as Lyft and Door Dash.

How do you build an organization when you are up against Wall Street and Big Tech that have bet big time on corporations that see us as expendable? That create, refine and invest in business models that turn more of us into simple a part of a logistics plan for moving inventory or to be replaced by automation in the very near termed?

Below is a piece Todd Cherkis, wrote when trying to summarize this initial period where we had more questions than answers. We were trying to understand what values have the potential to build community and unite working class people across historic divisions as well as new divisions based on new technological advances making our labor more precarious. Further - we also wanted to best describe what our experiences were and that our struggles were not about small concessions here or there but about our survival. That is how how high we saw the stakes 20 years ago and now after enduring the ongoing Pandemic and seeing even further how vulnerable we all are, we know the stakes are rising for a growing majority..... Click here to read more! 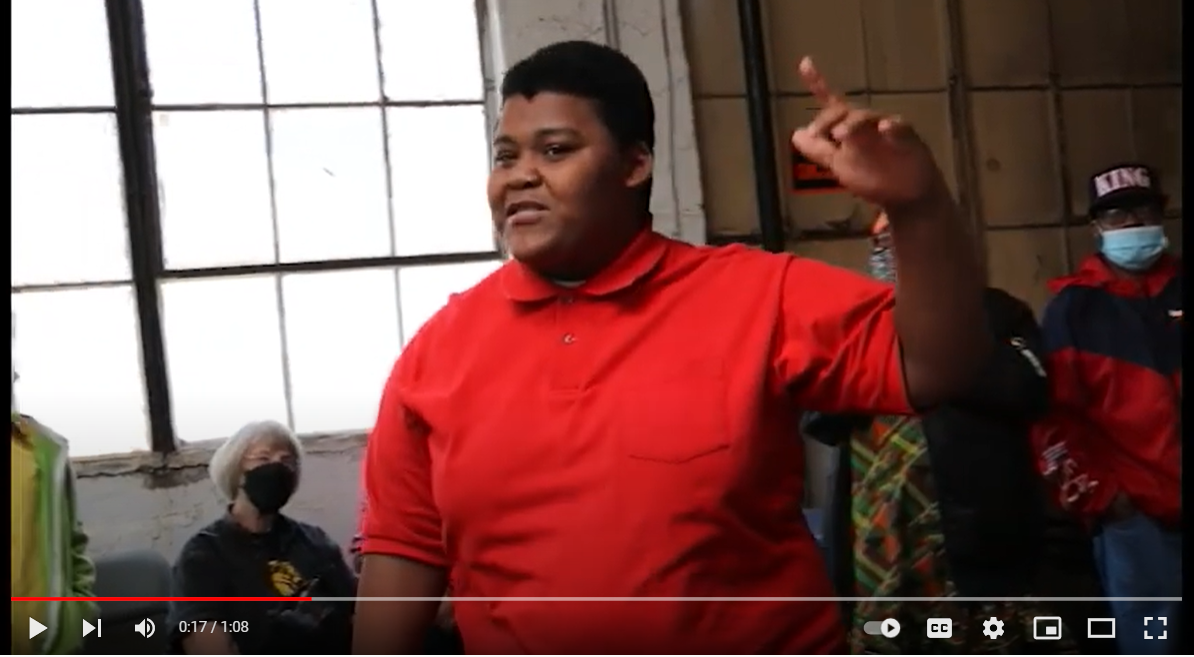 We need to build a mass movement of working class people to end poverty, and we need your help to do it.  If you’d like to support our work by volunteering your time and skills, please reach out to us at [email protected] to get involved in our ongoing campaigns.  You can also support us by clicking the button below and donating to United Workers. Your financial support will contribute to us becoming independently sustained by our base of members, family, and friends.