United Workers has been making moves this month in more ways than one. As a mass organization of the poor in Maryland, we’re contributing our energy towards a national and statewide mobilization push for the Mass Poor People’s & Low-Wage Workers’ Assembly & Moral March on Washington on June 18th. This weekend is our annual Leadership Day in which we reflect on the kind of leadership required to build a mass movement to end poverty led by the poor. This year’s Leadership Day will focus on how we as an organization and as individual leaders carry on the legacy of Dr. King’s 1968 Poor People’s Campaign in our times. In this e-alert, we’ll share updates around these efforts, as well as content written by our members. We’ve included a letter to the editor authored by Shirley Eatmon, a MD Poor People’s Campaign leader in Western Maryland, and reflections on the Hope Garden from two youth leaders—Michele and Marquis Coleman.

If that weren’t enough to keep us moving, we’ve been making some physical moves as well. United Workers said goodbye to our home of 9 years in the basement of St. John’s Church at 2640 St. Paul Street and moved our office to our new location at 2239 Kirk Ave. Some readers might be familiar with the space as the former home of the Oak Hill Center for Education & Culture. We’ve participated in events here before, including some of the initial meetings around the 2018 re-launch of the Poor People’s Campaign. That relationship continued to deepen in this space through Oak Hill Center’s popular Books and Breakfast event hosted in collaboration with the Baltimore committee of the MD Poor People’s Campaign. This space will now be our permanent home. 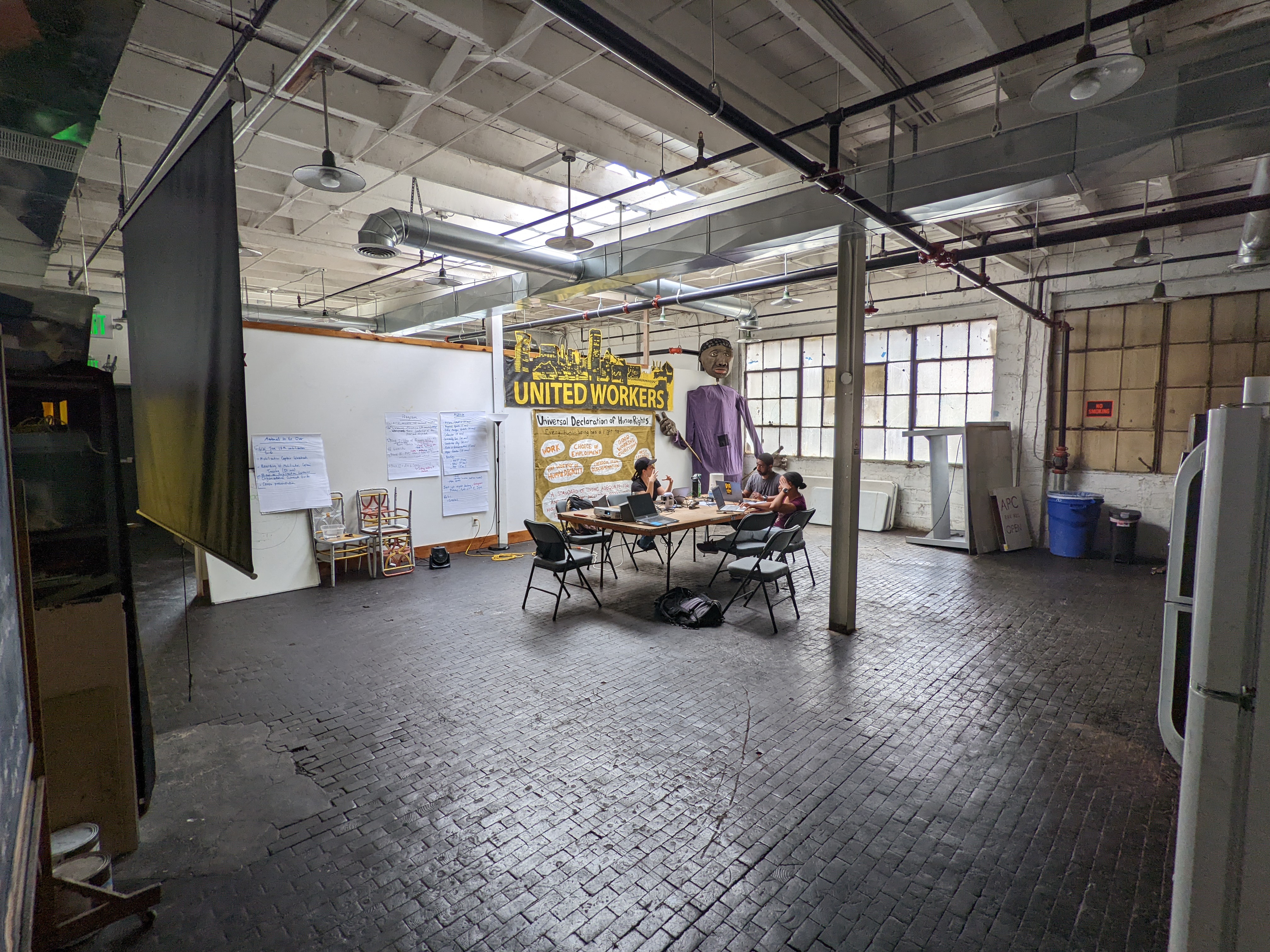 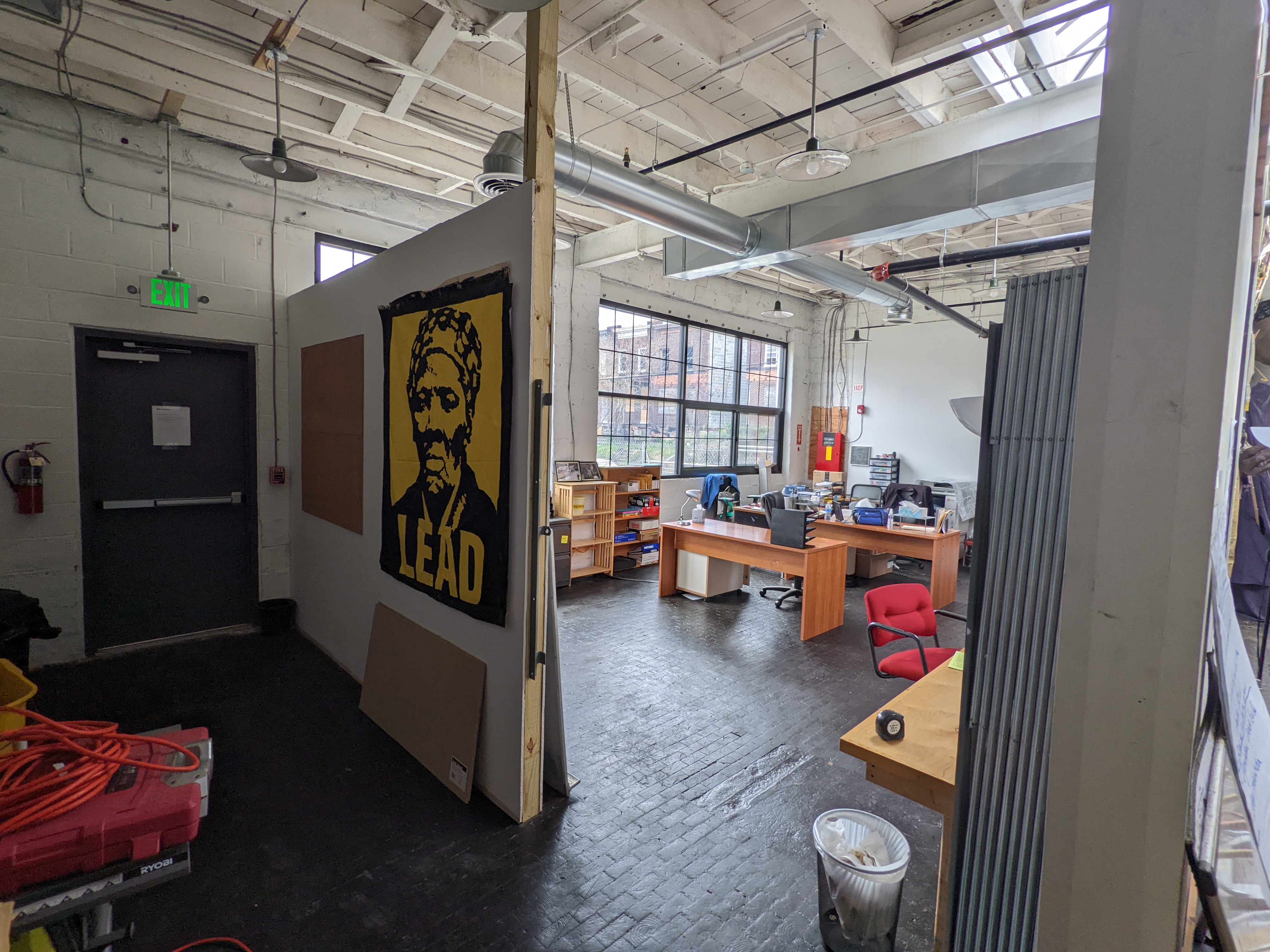 The Hope Garden in Harlem Park also had its own move this month, having outgrown our former space at 1314 Harlem Ave. We’ve moved across the street to an inner block park that offers us more space and more sunlight while retaining easy access to the rec center and the surrounding community that has come to love the garden. Thanks to contributions of time and seedlings from the community, we’re already growing food and minds in the new Hope Garden. 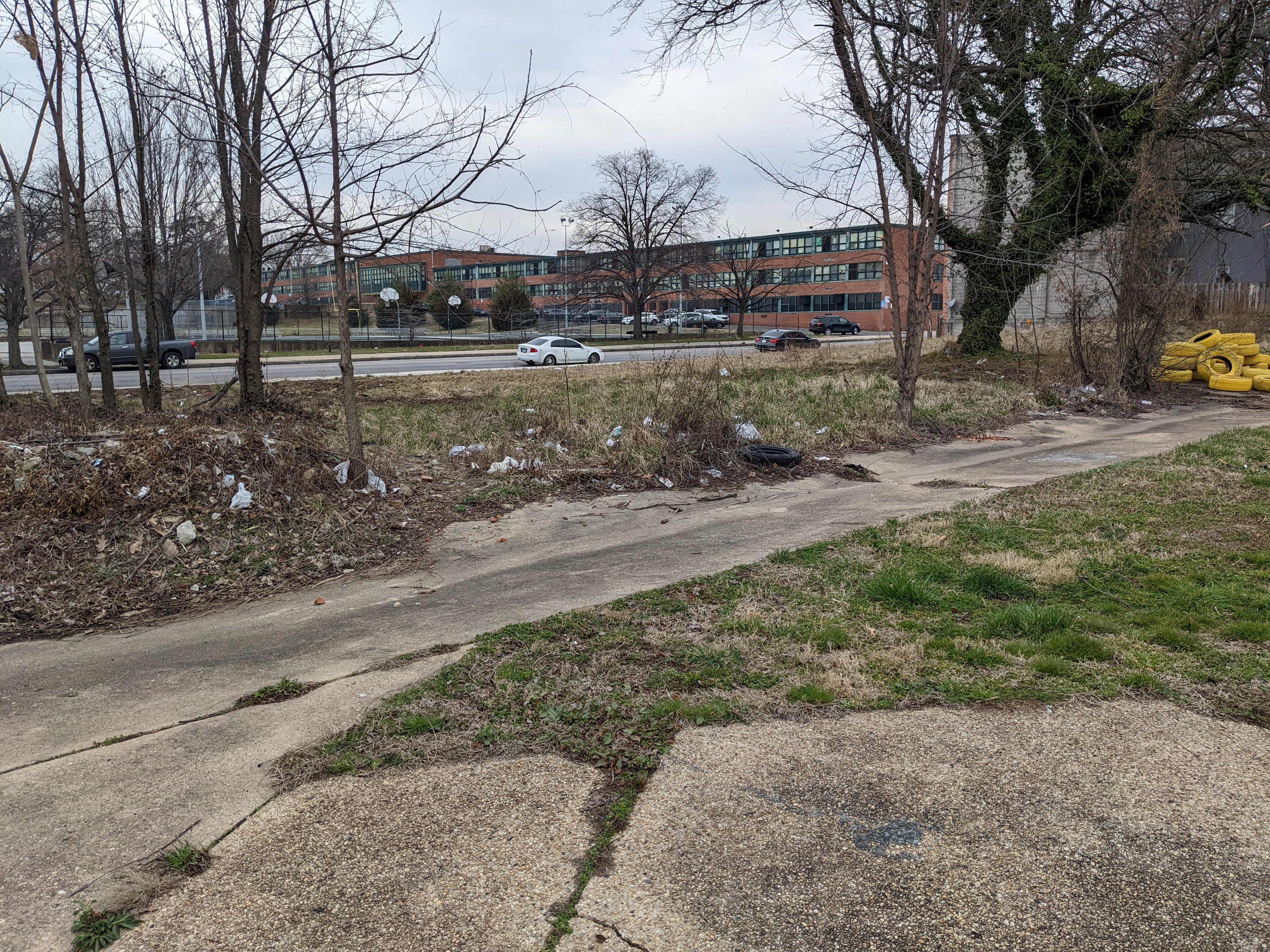 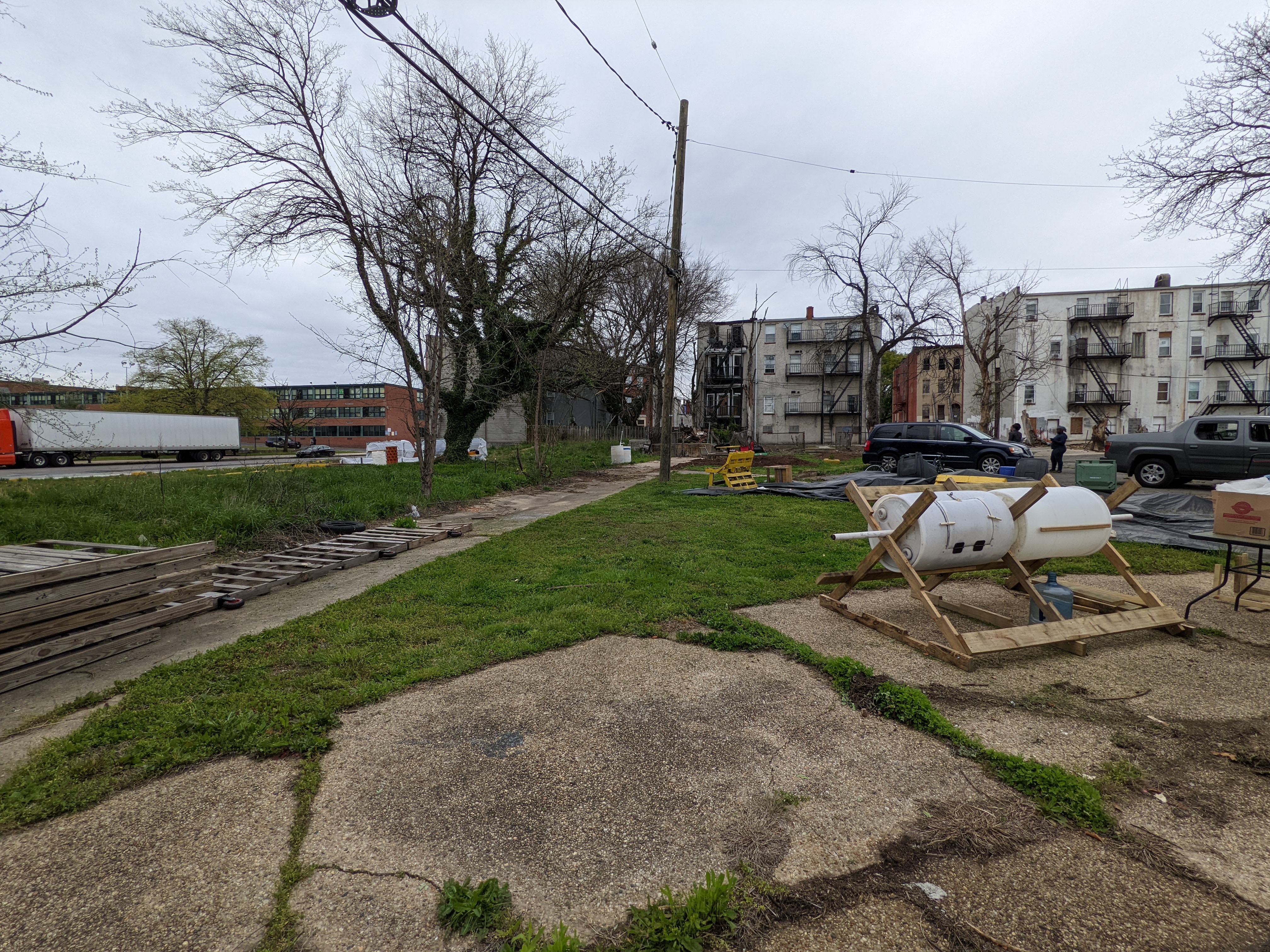 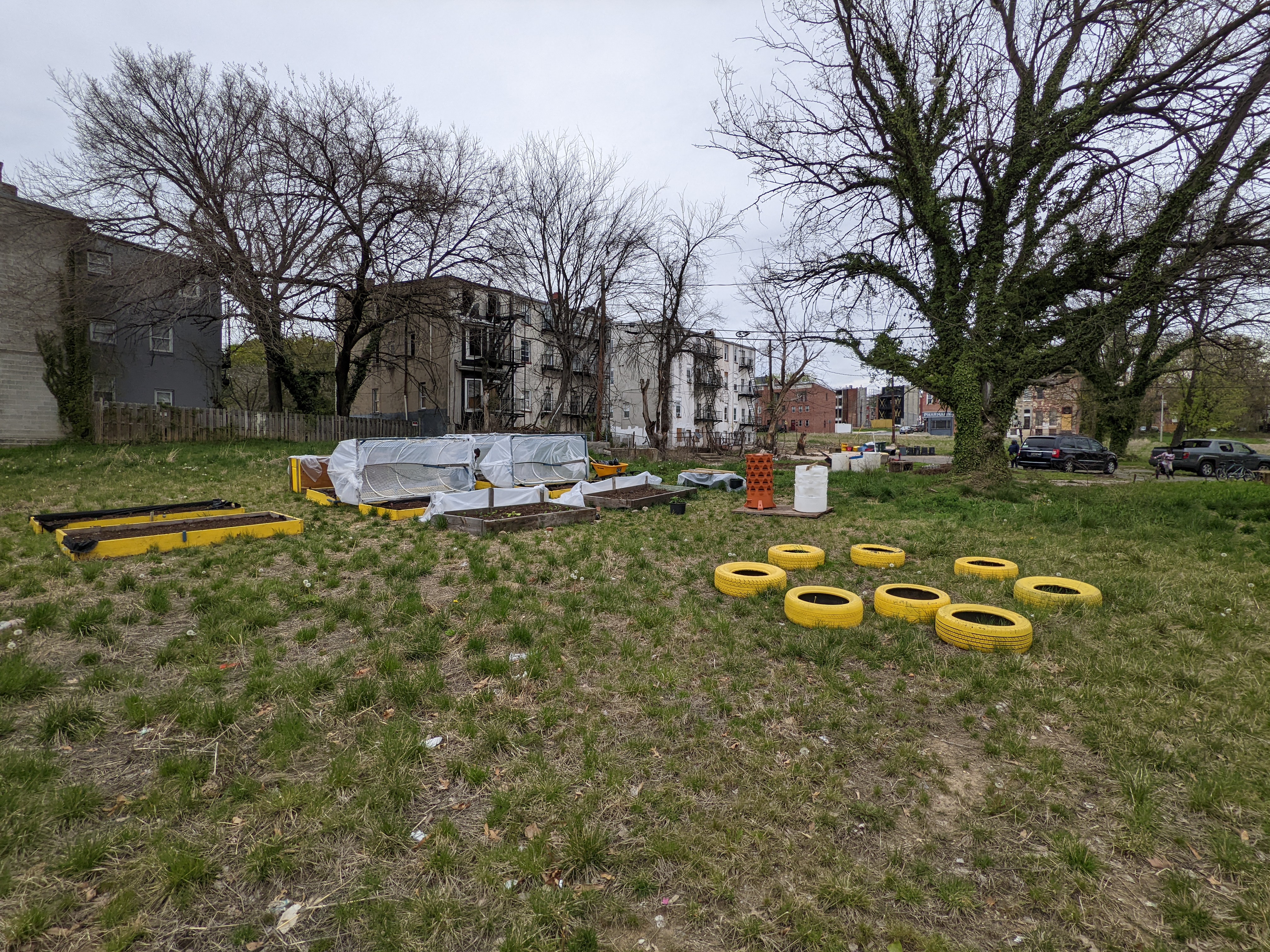 Here are some reflections from our youth leaders who participated in the youth programing at the Hope Garden: 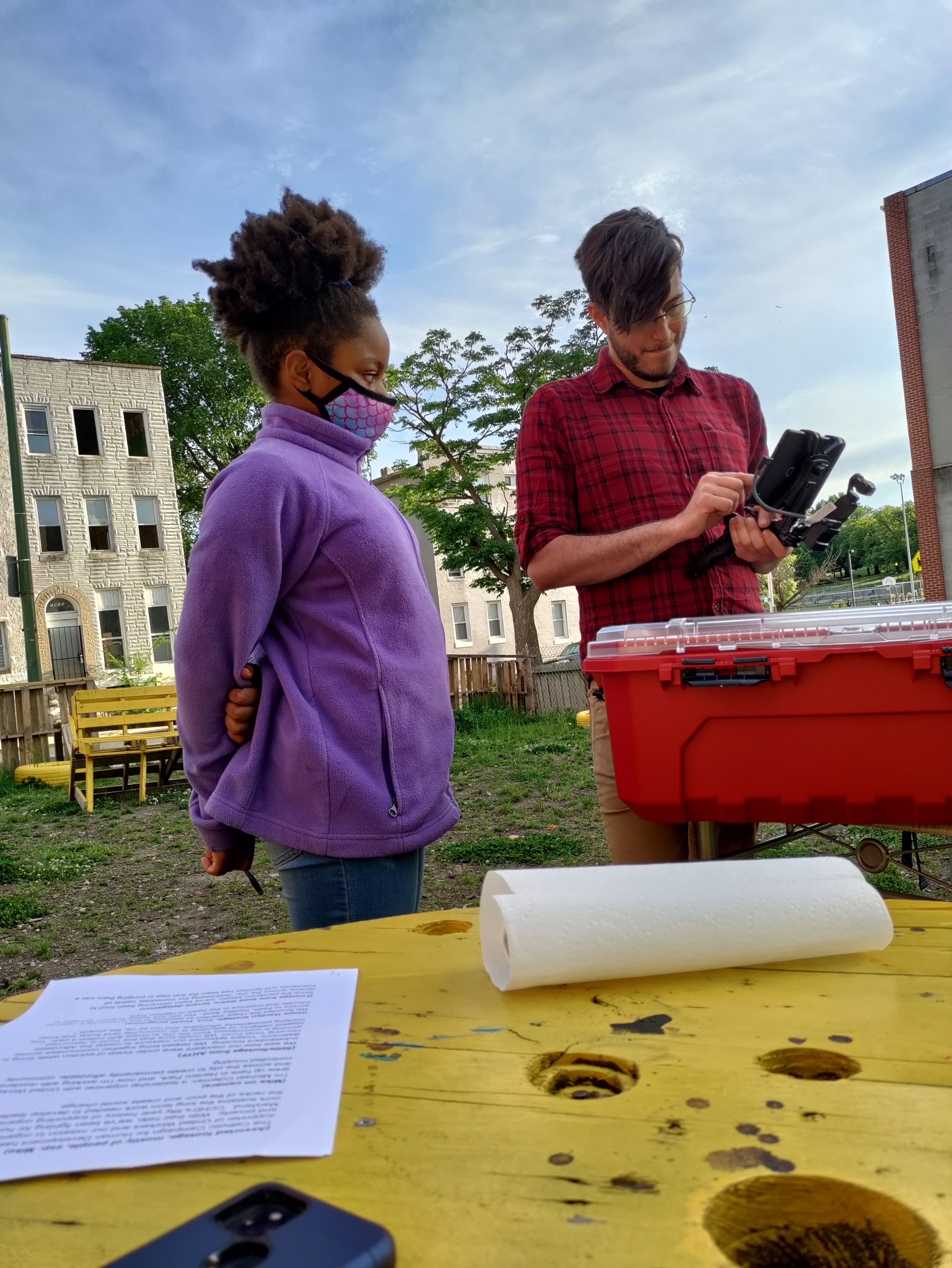 "There are many things we do at the garden and one of those are media. In media we used DJI cameras and drones to capture people's stories at the Hope Garden. Telling stories are important because stories are your experiences you had throughout your life. Stories also inform people of the many problems we face. One of the problems we face is homelessness. Homelessness is a big problem all over the world. Poverty is another problem we face in the world, including Harlem Park. Storytelling is a way to make people more aware of these problems so they can help stop these problems. Telling stories with our media will help people see the truth instead of the many lies we can find in the news and media platforms such as Facebook, Instagram, Snapchat and many more." -Michele Coleman, United Workers Youth Leader 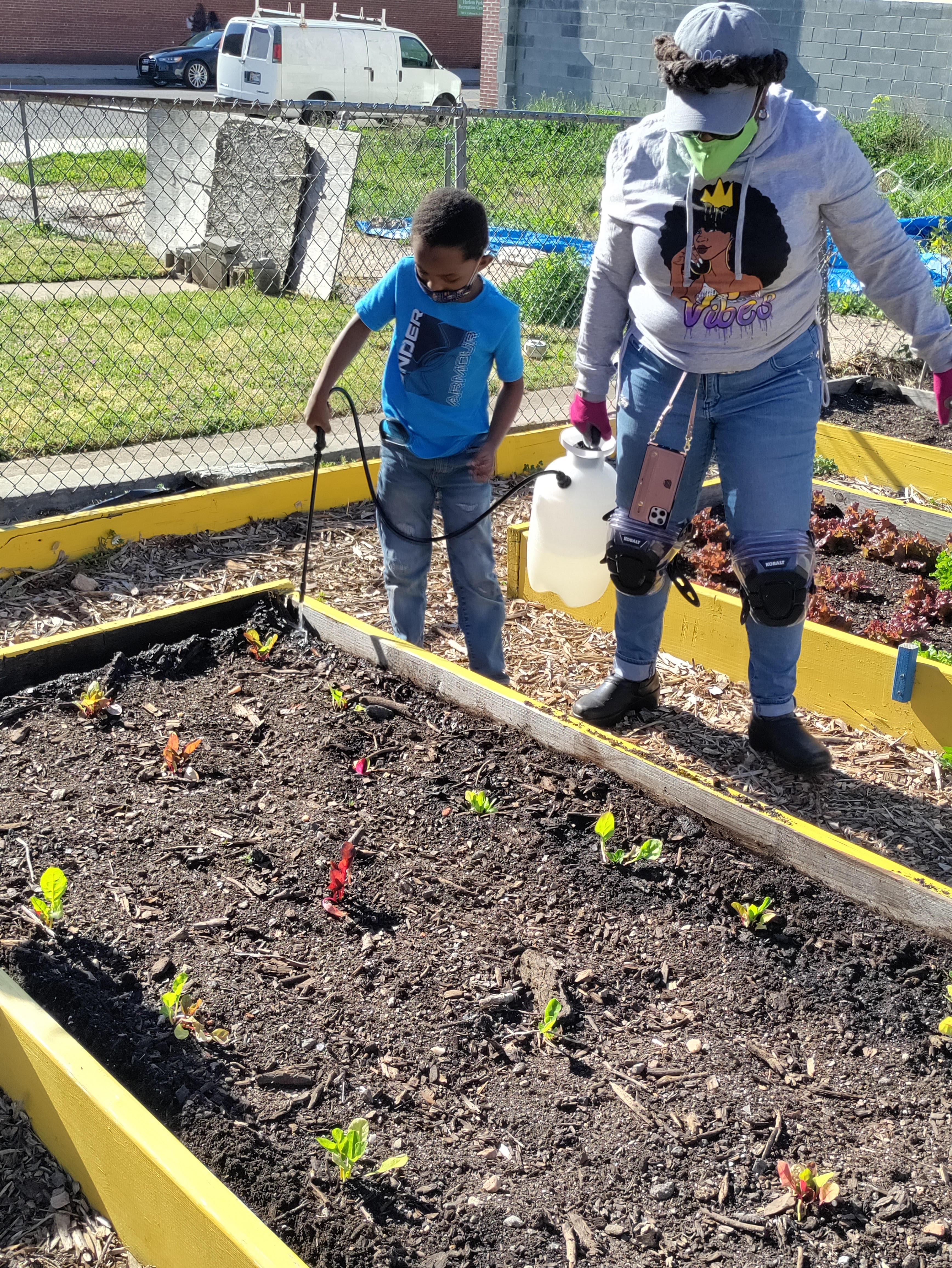 "I really enjoyed building a shed and garden beds. I learned about the different parts of a drill and how to help people build. I planted potatoes and carrots with Ms. Vern. Ms. Vern taught me how to take care of the plants. Also each Tuesday we paint our history and future. So if you like to build and paint and garden, come to the Hope Garden."- Marquis Coleman, United Workers Youth Leader

Moving to these new spaces is an opportunity for tremendous growth and new beginnings in our work. Just as United Workers returns to the space where we contributed to the revival of the Poor People’s Campaign, so too is the Poor People’s Campaign returning to its roots in Washington D.C. in another mass mobilization that will transform our nation. Movement facilitates growth- in our movement, in our work, and even in the crops at Hope Garden. If you want to join us in this growth, sign up with us here. You can also register to join us on June 18th by clicking the link below.

Register for the Poor People's Campaign Moral March on Washington!

The June 18, 2022 Mass Poor People's & Low-Wage Workers' Assembly & Moral March on Washington and to the Polls will be a generationally transformative and disruptive gathering of poor and low-wealth people, state leaders, faith communities, moral allies, unions, and partnering organizations. Click here to learn more and register!

Letter to the Editor:

Government Must Stop Turning it's Back on Homelessness

An article in The Carroll County Times on March 15,

“Cities change course, clear homeless camps,” reports on the problem of homeless encampments in cities across the country. Cities are planning to use aggressive measures to remove encampments rather than treating homelessness as the humanitarian crisis it is. Instead of addressing the root causes of homelessness, cities have focused on criminalizing people who are homeless. While doing outreach in Carroll County with the Maryland Poor People’s Campaign, I talked with people who are homeless and those working yet facing eviction and possibly becoming homeless. A woman working two jobs had hours cut and when unable to pay rent, the landlord told her to pay with her credit card, putting her more in debt. A mother with a young child was three months behind in her rent due to her place of employment closing several weeks during the pandemic and then cutting her hours. The landlord did not inform her of the Emergency Rental Assistance Program that would have paid her back rent to keep her housing. A palliative patient on continuous oxygen was evicted by a landlord during the rent moratorium. These stories are not unique to Carroll County and can be heard all over Maryland and throughout the country. At the root of homelessness is systemic poverty, racism, ecological devastation, a war

economy and the distorted moral narrative that seeks to blame the poor instead of addressing systems that cause poverty. Social welfare and antipoverty programs have been underfunded to the extent that only a quarter of eligible families receive federal housing assistance. We live in a country where there is an abundance of resources, but our government chooses not to use the resources to uplift people. Housing provides stability, security, community and belonging. Without housing, everything else collapses. On June 18, I am joining the Maryland Poor People’s Campaign with thousands of people coming from across the country in the Mass Poor People’s and Low-Wage Worker’s Assembly and Moral March on Washington to demand changes in a system that ignores the needs of people. It’s time to stand in solidarity to demand our basic rights to housing, healthcare, living wages and voting rights. Somebody’s hurting our people, and we won’t be silent anymore.

We need to build a mass movement of working class people to end poverty, and we need your help to do it. If you’d like to support our work by volunteering your time and skills, please reach out to us at [email protected] to get involved in our ongoing campaigns. You can also support us by clicking the button below and donating to United Workers. Your financial support will contribute to us becoming independently sustained by our base of members, family, and friends.