Celebrating Victories and Building Community at the Concert for Fair Development! 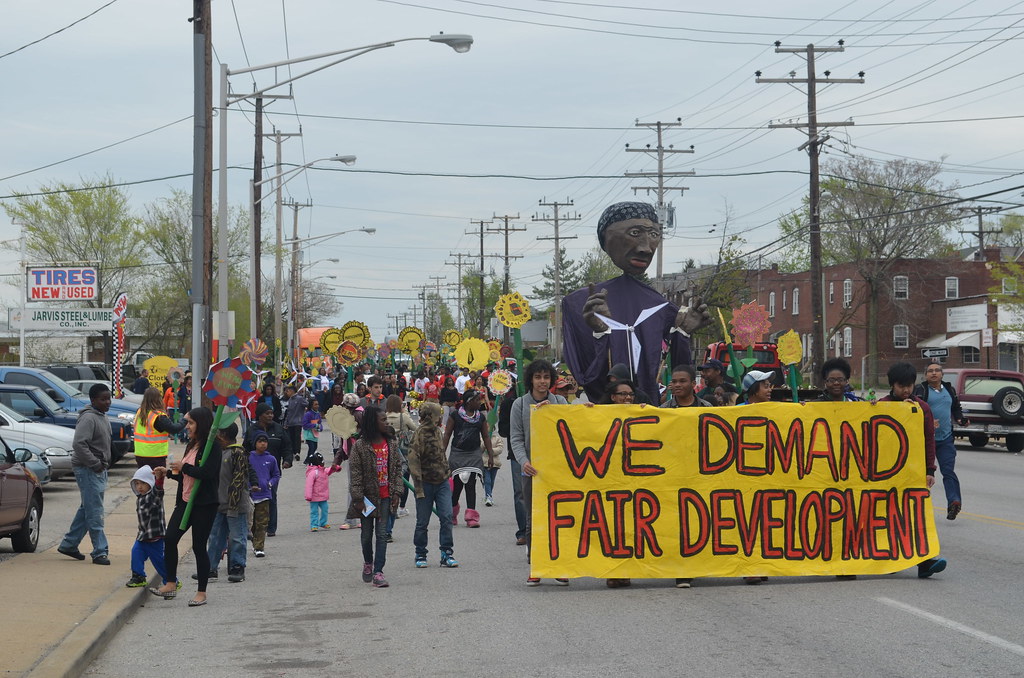 Community members from across the city and the region fighting for permanently affordable housing, work with dignity and healthy sustainable communities gathered in Curtis Bay for the Concert for Fair Development. Together, we celebrated major breakthroughs in the fight to stop the nations' largest trash burning incinerator from being built less than a mile from schools. After a year long divestment campaign, student and community leaders successfully pressured Baltimore City and other public entities across the region to officially end their support for the incinerator. “I’ve heard from many of our families and our students, and I hope they understand that their voices matter,” said City Schools CEO, Dr. Gregory Thornton. “For a number of reasons, I remain unconvinced that the current waste-to-energy technology has been adequately tested. Without confidence in the technology, we cannot move forward.” 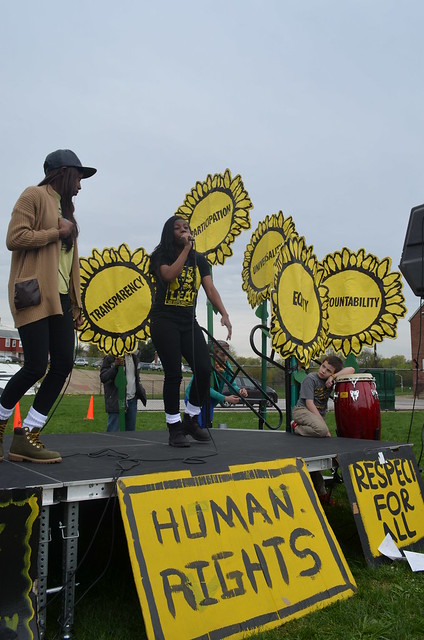 We started the day with a sunflower parade through the streets of Curtis Bay and Brooklyn featuring the Christian Warriors Marching Band and hundreds of hand painted sunflowers representing our vision for a city that embraces Fair Development.

Marching turned to music with a concert featuring local artists including Leah N Drey Rose, Letitia VanSant and a special performance of the Holey Land by Valeska Populoh. The transformative power of art and culture was highlighted by songs and performances especially created by leaders in the struggle for Fair Development.

The event also featured a series of ideas focused on creating a Fair Development future for Baltimore including community land trusts and solar development. Amanda Maminski, Curtis Bay resident on one the Fairfield solar proposal, "just stopping the incinerator isn't enough. We understand that the population of Baltimore needs electricity; we understand that the incinerator was to create jobs and stimulate the local economy. However, we believe there are other alternatives to the proposed incinerator, alternatives that will not involve poisoning the already-toxic environment within and around the Curtis Bay community. One of those alternatives gaining popular community support is a solar facility, a solar farm, on the tract of land currently owned by FMC Corporation."