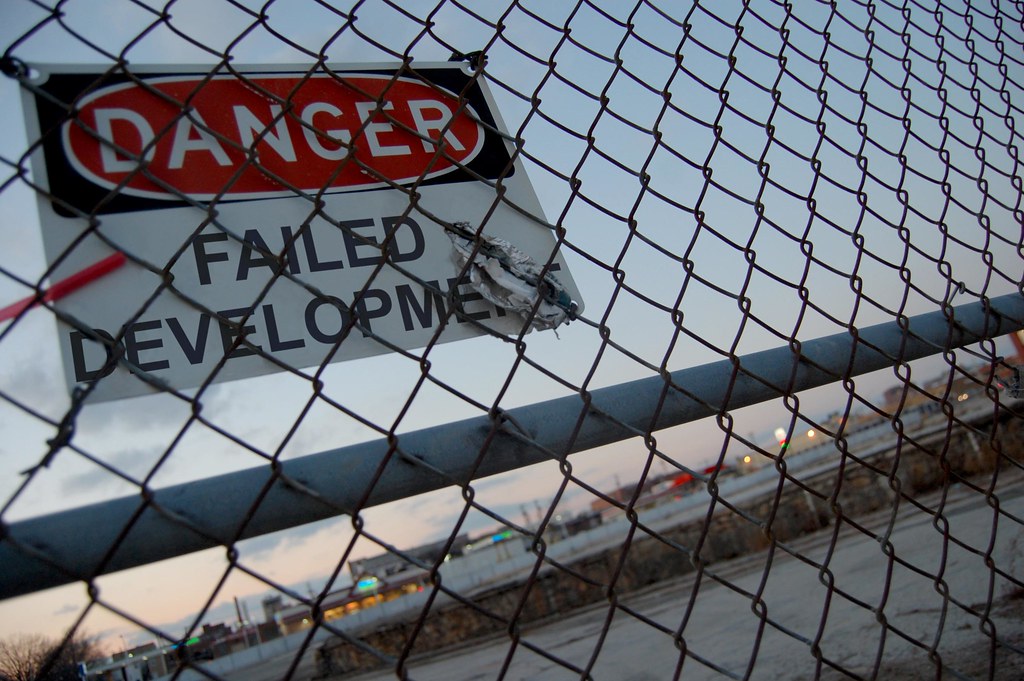 Deciding whether the 1990s investment in Sandtown-Winchester succeeded or failed is a red herring in the fight for a city where our fundamental needs of education, health care, housing, food, income security, and work with dignity can be met.

In our market system, profitable employment is the keystone to realizing practically all fundamental needs. Public health care programs, food stamps, public assistance and public housing are not universally available and hardly compare with that which be purchased through living wage employment.

Sandtown was not a failure by any means. But it failed to take on this keystone of employment. And that failure also is the key link between the hyper-policing of certain neighborhoods and the economic roots of our recent troubles.

There is little question that decades of poverty can leave individuals ill-equipped to take on the social expectations of employment, and indeed the Sandtown efforts invested in job readiness, training and counseling. But job readiness programs do not create jobs that earn wages sufficient to meet our basic needs.

But it's not like, low-income Baltimore residents in Sandtown and neighboring communities don't work. They do. But the return on work has been, and still is, low in the non-unionized service sector economy that we've created. In 2011, the United Workers documented the low wages, wage theft, erratic schedules, lack of health care, and sexual harassment predominant at Inner Harbor jobs in Hidden In Plain Sight.

The choice between choosing a service job with an erratic schedule that leaves a family in distress and poverty, and one in the "underground" economy — dominated by the drug trade — is real. And it's not exclusive, either. A study by the Sentencing Project in the early 2000s indicated that many combined drug trade work with part-time traditional employment. Perhaps even more depressing was the study's findings on earnings at each: low.

The difference, of course, is that the underground economy brings police attention, arrests, and convictions. And those who emerge from these find traditional employers hesitant to hire them.

But it's time to understand that long- term costs of both the underground economy and the poorly performing traditional economy devastate communities and families. Addressing employment through job readiness classes or the underground economy through hyper-policing is the equivalent of clapping with one hand. A narrow agenda will not solve the economic and social human rights crisis facing our poorest neighborhoods and cities.

Those who work should earn enough to meet their household needs. Private profiteers will always seek to lower labor costs. If we fear imposing upon them the obligation of paying living wages, then we must support and incentivize union organizing. And if we fear imposing upon employers the obligation to hire those with law enforcement involvement histories, we must employ them ourselves.

This requires an expanded public sector role — an anathema to those raised in the neo-liberalism of the last thirty years and to others believing Bolsheviks are hiding behind their toilets.

We do have money. The city has approved $558 million in municipal bond spending over the last 11 years, which includes money for downtown developers, the Walters, the Zoo, the Lyric and the Aquarium. We also appear to be giving away so much money in tax expenditures — abatements, exemptions, tax increment financing — to developers that our formula based state aid is being diminished. Maryland's per-capita personal income in 2014 was $55,143 — the fifth highest in the nation and 19 percent higher than the national average of $46,129.

We must reboot our policy approach. A first step is a city budget that includes an annual tax expenditure report showing the amount of revenue we are giving away and its return. The budget also could include an annual needs assessment of city residents, which would give us a better idea of what needs the private market is not meeting, and what is necessary for public expenditure. Embarking upon a principled and integrated and sound economic and community development approach is next.

In 2013, United Workers set forth human rights based Fair Development principles, and we believe that these can and should govern Baltimore City development policy today: universality, equity, participation, transparency and accountability.

When our economy begin changing after World War II, and manufacturing exited the city, leaders came together to craft a new tourism based economy. It is time to understand the limitations of that economy, and the indirect and direct costs Sandtown and other neighborhoods have paid for it. We will not get out of this by more of the same — hyper policing and job readiness.

It's time to open both eyes, clap with both hands, and understand that we can use policy tools to the lay the foundation for a new economy that meets our fundamental needs

J. Peter Sabonis is a former Maryland Legal Aid attorney, now with the National Economic and Social Rights Initiative. Todd Cherkis is the lead organizers at the United Workers.